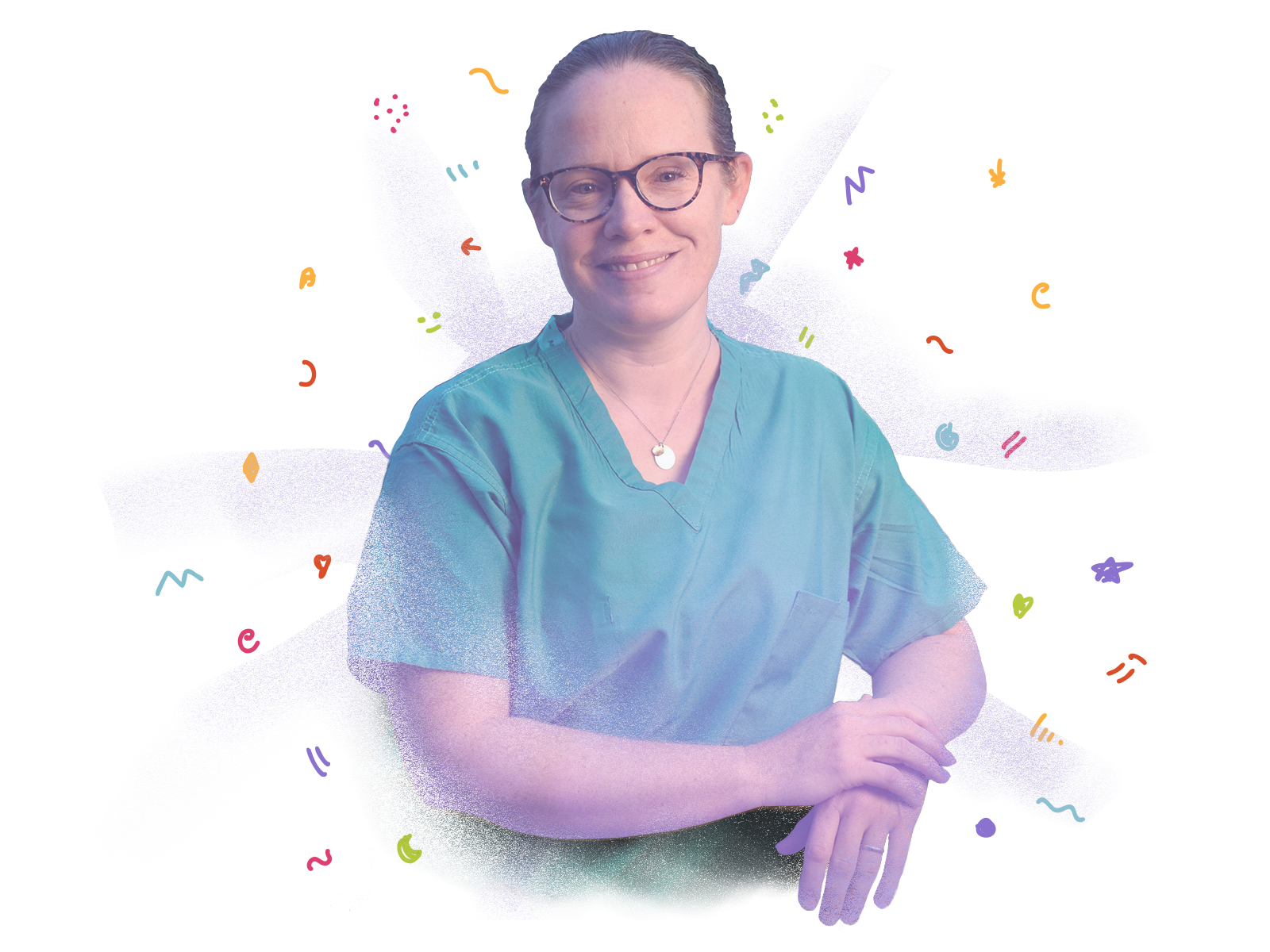 What Are We Fighting For? Cancer Patients Take Back Their Joy

Dr. Carolyn Lefkowits supports gynecological oncology patients through their cancer journeys—from diagnosis to cure and beyond.

Cancer puts life on hold. And for many, regardless of the prognosis, life seems to stop, routines halt and joy can be elusive.

But what if that didn’t have to be the case?

“There is a lot of opportunity to find joy against a backdrop of life-threatening illness,” Lefkowits says. “Given that we're stuck with a disease that threatens to steal our joy, how do we reclaim it? How do we take it back in the midst of forces that are trying to steal it?”

"Our ongoing discussions were all framed around joy, and I’m so glad I went after my goals. If I’d put my life on pause until I was cured, I would’ve wasted four years and not seen it."—Jaye Lampe

Jaye Lampe, a patient of Lefkowits’, had been on a years-long mission to reclaim joy from cancer. Her story demonstrates how powerful a change in perspective can be.

In 2018, Lampe retired as the president of a software company. She was enthusiastically exploring new careers when she was hospitalized due to symptoms from ovarian cancer, though she hadn't yet been diagnosed. The outcome for patients like Lampe are mixed: According to the Ovarian Cancer Research Alliance, 60% of ovarian cancers are not diagnosed until patients have reached stage three of the disease, when five-year survival rates are around 39%.

But Lampe didn’t let that stop her from pursuing her goals.

In her three-and-a-half-year cancer journey–between chemotherapy, radiation and surgery–Lampe earned a master’s degree in counseling and career development, worked in what she called her “dream job” as a career development advisor at CU Boulder, purchased a beach house in Florida where she spent months at a time as a self-professed “beach babe,” watched her kids graduate from high school, learned to make jewelry and took multiple camping trips with her husband in their dewdrop trailer.

“Carolyn was critical to all of that. I don’t think there’s any way it could’ve happened without her,” Lampe said earlier this summer. “She told me, ‘We’re going to make the best of this from day one.’ We didn’t talk about morbidity. Our ongoing discussions were all framed around joy, and I’m so glad I went after my goals. If I’d put my life on pause until I was cured, I would’ve wasted four years and not seen it.”

Lefkowits did everything from advising her on when she would have the most energy for her studies to tailoring her chemotherapy to allow opportunities for Lampe and her husband to spend longer chunks of time at their beach house.

“Little things like taking a trip to Florida might seem small to somebody who’s not in this, but for me, it’s amazing to be able to go to the ocean. It was magical. I got to spend months there,” Lampe said.

Lefkowits and her colleagues mix in conversations about life goals at every stage of the treatment, building relationships with patients like Lampe from diagnosis to surgery, treatment and beyond.

For Lefkowits, it’s the “beyond” that informs her care for her patients. In her palliative care practice, which she defines as “an extra layer of support,” she works with patients to outline a treatment plan that is “goal concordant,” or in alignment with their goals.

"There is a lot of opportunity to find joy against a backdrop of life-threatening illness. Given that we're stuck with a disease that threatens to steal our joy, how do we reclaim it?"—Dr. Carolyn Lefkowits

Lefkowits often finds herself pushing back against “battle” and “fight” metaphors in cancer because they misconstrue the amount of control that doctors and patients have over how cancers turn out.

“I try to turn the metaphor around and talk about what we’re fighting for,” Lefkowits says. “The objective is personalized, whole-person care, and we can’t do that without understanding where patients are coming from in terms of their own values, goals and priorities.”

Lefkowits says she and her team fight with the same intensity for quality of life and effective pain management as they do in different phases of illness for cure or life extension.

“If what’s most important is being home as much as possible, minimizing toxicity and the quality of your time, then a purely supportive approach might be the best option. If what’s most important is to try to be alive to attend a critical family event, then we might pursue more chemotherapy with a willingness to tolerate more toxicity in hopes of buying more time. If what’s important is a legacy–making some contribution to science and cancer care and benefiting other women–then we might prioritize a clinical trial,” Lefkowits explains.

Donors provide critical support in these strategic and nuanced efforts. Their generosity is woven into countless stories of women reclaiming their joy while living with cancer.

Some are stories of survival.

“I had a young patient named Emily Oh who had cervical cancer. She really wanted to be a mom, but because her cancer was so advanced, she was not a candidate for fertility preserving surgery. She froze her eggs. After she got through radiation and chemotherapy, she lost her ability to carry a pregnancy,” Lefkowits recalls. “One day, she brought me a card. I opened it and inside was an ultrasound picture. Her sister served as her surrogate and had her baby! Now she has this 14-month-old, and when she comes for her check-ups, she shows us videos of him dancing. What’s more joyful than that?”

Other stories are about finding unconventional ways to embrace life in the face of death and loss.

“I had one patient named Royce Carter who’s since passed away. When we talked about her limited prognosis, what was most important to her in the limited time she had was taking a road trip around the country to say goodbye to her family members. At that point, she couldn’t support her own hydration because her gut wasn’t working,” Lefkowits recalls. “So, we found a home care company that would provide boxes of IV fluid and taught her son to administer it through her IV PICC. Then, she and her son took their show on the road with a trunk full of IV fluid.”

And some stories are written in surprising ways.

Lampe, like many of Lefkowits’ patients, knew that a cure was not in the cards; what palliative care could offer for her was a more fulfilling existence toward the end of her life. The choices patients and doctors make together are guided by the patients' wishes, and are essential to how they write their own story. And like many wrenching stories of serious disease, Lampe’s sadly concluded this fall. She passed away on October 17, one week shy of her 55th birthday.

She was hospitalized in mid-August due to complications from a clinical trial. There, her doctors told her she had two to three weeks to live.

“That was the first time somebody said, ‘This is the end,’” Lampe said in August. “If you just looked at my bad numbers, any doctor would say, ‘Let’s make this patient comfortable as much as we can. Get them hospice care. They’ve got two to three weeks left.’ Then Dr. Lefkowits called and said, ‘I see your charts. They are looking like the charts of somebody who’s dying, but I know you. You’re walking the halls right now. You’re mentally strong, physically strong.’”

Lampe received artificial nutrition through an IV, something not usually administered near the end of life. But because it was concordant with Lampe’s goals, Lefkowits felt it would benefit her patient.

“She gave me this possibility. It was all out of the goodness of her heart,” Lampe said. “It would’ve been totally acceptable for her to follow standard protocol, and I wouldn’t be talking to you right now.”

In mid-September, she said that her “two to three weeks” had run out two weeks before that.

“Every single day I have is a miracle. It feels like an eternity,” Lampe said. “If someone told you that you had three months to live, you might be devastated, but after hearing ‘two weeks,’ getting any extra time is awesome. I’ll take it. I can have a lot of fun.”

Jaye Lampe’s few extra weeks, Royce Carter’s road trip around the country, Emily Oh’s ultrasound–all were possible because Lefkowits and her patients sat down in the presence of strong emotion and had thoughtful, frank conversations about prognosis and goals and values.

As the director of the division’s fellowship program, Lefkowits is determined to teach the next generation of doctors the power of communication: “I believe we should be training gynecologic oncologists to be expert communicators just as rigorously as they are trained to be expert surgeons.”

One of her patients, who wishes to remain anonymous, believes so passionately in Lefkowits’ vision that she is providing philanthropic support to send the division’s fellows to an annual workshop to learn foundational skills in complex communications.

“This is going to be incredibly impactful because there’s exponential benefit for every patient that those fellows will take care of, and for every person those fellows will train,” Lefkowits says. “Because of my patient’s generosity, that’s what we’re turning out into the world–a lot more possibilities for the Royce Carters and Jaye Lampes of the world. We beget more joy.” 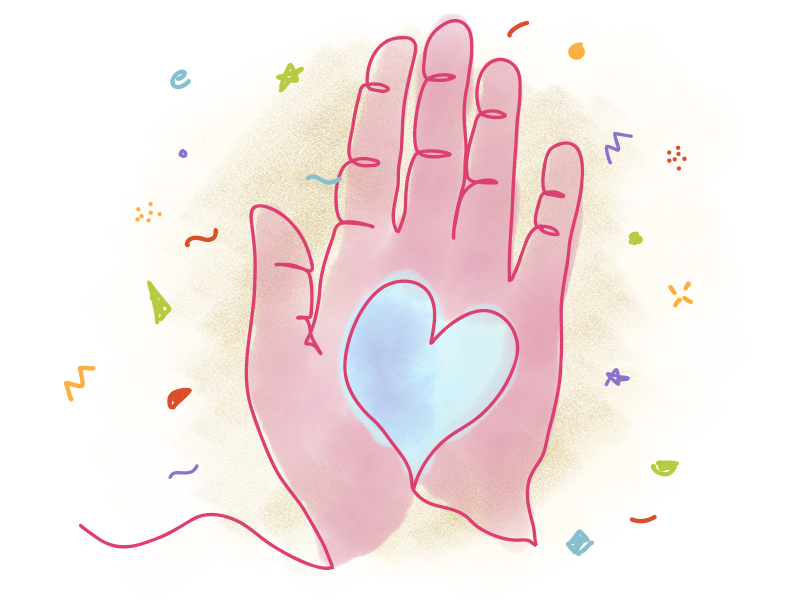 Endowments: The gift that keeps on giving

Endowments generate reliable income in the form of investment returns, year after year. CU’s collective endowment is made up of thousands of individual endowments, which are used to create scholarships, faculty chairs and programs.

At the granular level, giving pays dividends in joy–a young mother watching her 14-month-old dance, a great-grandmother holding her youngest great-grandbaby, a woman wholeheartedly enjoying another day, week or month.

“There is so much life in between diagnosis and cure,” Lefkowits says. “That’s a fundamental misconception around palliative care, that it’s about death. It’s not. It’s actually about living your best life in the midst of disease.”

CU Boulder
Reframing the Bully Through Joyful, Transformative Theater Stephanie Saltis, survivor of bullying, uses Shakespeare to help break the cycle of violence in Colorado schools.
CU Denver
When Joy Is the Ability to Say "No, Thank You"Speech pathologist Aleaza Goldberg helps patients like Graham Saiz communicate and live more independent lives.
UCCS
Joy Is Helping the People Who Come Up After MeFirst-generation college senior Johnathan Gachuzo Gonzalez is lifting up his community as he prepares for a career in health care.